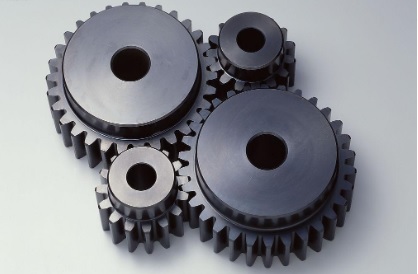 The main purpose of surface treatment of powder metallurgy parts:

The surface treatment methods applied to powder metallurgy parts can basically be divided into the following five categories:

Electroplating can be applied to powder metallurgy parts, but it can only be carried out after the powder metallurgy parts are pretreated (such as dipping copper or dipping wax to seal holes) to prevent the penetration of electrolyte. After electroplating treatment, the corrosion resistance of the parts can usually be improved. Common examples are galvanizing (reusing chromate for passivation after galvanizing to obtain a black or army green shiny surface) and nickel plating

When anti-rust, anti-corrosion, beautiful appearance and electrical insulation are required, painting can be used. The methods can be further divided into: plastic coating, glazing, and metal spraying.

Steam treatment is the most common of all surface treatment processes for powder metallurgy parts. Steam treatment is to heat the parts to 530-550°C in a steam atmosphere to produce a magnetic (Fe3O4) surface layer. Through the oxidation of the surface of the iron matrix, the wear resistance and friction properties are improved, and the parts are resistant Rust performance (further strengthened by oil immersion) The oxide layer is about 0.001-0.005mm thick, covering the entire outer surface, and can diffuse to the center of the part through interconnected pores. The filling of this pore increases the apparent hardness, thereby Improve the wear resistance and make it have a moderate degree of compaction.

Nitriding coloring uses wet nitrogen as the oxidant. During the cooling process of the workpiece after sintering, an oxide layer is formed in the temperature range of 200-550°C. The color of the formed oxide layer changes with the processing temperature.

Passivation treatment is applied to stainless steel parts, mainly to form a surface oxide protective layer. These oxides can be formed by heating or by chemical methods, that is, soaking with nitric acid or sodium chlorate solution. In order to prevent the solution from immersing, chemical The method requires pre-sealing wax treatment.